Collecting Older Lesbians' and Gay Men's Stories of Rural Life in South West England and Wales: "We Were Obviously Gay Girls ... (So) He Removed His Cow From Our Field"

The emerging recollections, perceptions and storied biographies of older lesbians and gay men and their experiences in rural Britain are presented in the article, alongside consideration of the multiple qualitative methodologies used in a unique multi-method participatory action research project. The project aimed to empower older lesbians and gay men in rural areas through a collaborative design and meaningful participation in the research process itself. Methods included the core Biographic Narrative Interpretive Method (BNIM) (JONES, 2001, 2004; WENGRAF, 2001) with its interpretation of data by panels of citizens. In addition, visual ethnographic site visits, a focus group and two days of theatrical improvisation of interview data to explore action within the texts were used. The project embraced the principles of a performative social science (GERGEN & JONES, 2008; JONES, 2006, 2012) in its dissemination plan.

Four of the collected stories are elaborated on here. These and other stories, reports and observations contributed to the creation of the main output of the project—a short professionally made film (Rufus Stone). The film is used to encourage community dialogue and inform service providers, opening up new possibilities of connectivity, communication and common ground at both macro and micro levels. 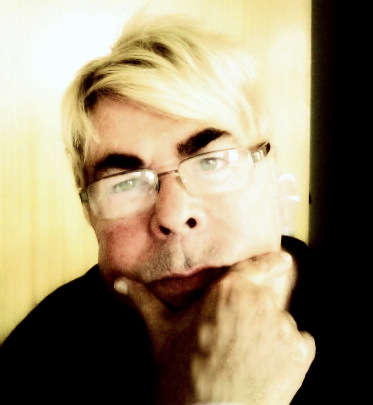 Lee-Ann FENGE, DProf., is Deputy Director for the National Centre for Post-qualifying Social Work at Bournemouth University. Her research interests include participatory methodologies, ageing and sexuality.

Rosie READ gained her PhD in Social Anthropology from Manchester University in 2002 and is currently Senior Lecturer in Sociology and Anthropology at Bournemouth University, UK. She has conducted a number of research projects in the Czech Republic and the UK, and has expertise in the fields of gender, care work, civil society and the state, as well as visual ethnography.

Marilyn CASH, Ph.D., is a researcher in the School of Health and Social Care, Bournemouth University, UK. She has worked in research in both the statutory and voluntary sectors. Her research interests include older people; participatory research; health and social care. She is particularly interested in how we can communicate research findings to the general public in a meaningful way.

This work is licensed under a Creative Commons Attribution 4.0 International License.

Most read articles by the same author(s)